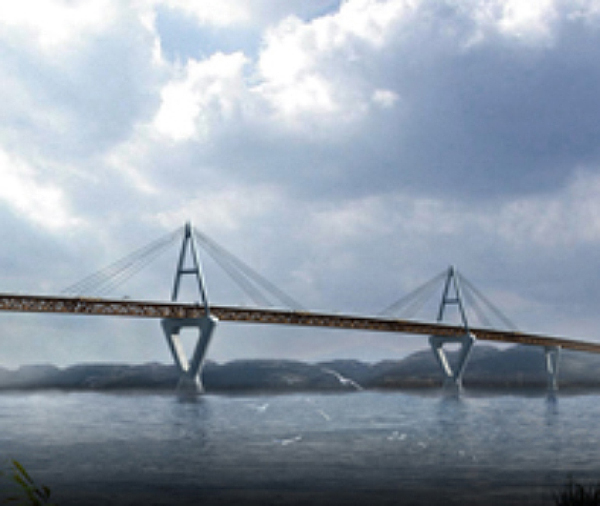 The Deh Cho Bridge that will span the Mackenzie River near Fort Providence, Northwest Territories (NWT) in Canada has been considered by the federal and territorial governments since 1958. The final design meets all Canadian National Bridge Code standards. Infinity Engineering Group redesigned the bridge to meet and exceed today’s codes, as well as designed a bridge for long term durability and low maintenance over its 75 year design life.

The Taylor Device – Lock Up Devices (LUD) through Teratec Inc. was chosen as the solution to mitigate the effects of wind and seismic threats and to address other natural forces. These LUD’s allow unrestricted motion when the bridge structure slowly expands and contracts thermally, yet locks the structural masses together under seismic or wind storm conditions.

During lock up, LUD’s allow the bridge to act as one continuous unit. The articulation scheme, using these LUDs, allows for a continuous deck for the entire length of the superstructure, which eliminates the need for two modular deck joints on the 1045 m long bridge.

Major construction of the Deh Cho Bridge began in the spring of 2008 and is scheduled for completion by November 2011. Residents of the community of Fort Providence and the North Slave Region, as well as those in NWT communities dependent on air freight, will benefit from travel on a fixed bridge that is safe and available all year round.

Taylor Devices Inc. of North Tonawanda NY, in conjunction with Teratec Inc., the Canadian distributor, takes pride in being part of such a notable project.